Creekside students in the steel drum band took to the stage on Friday, kicking off the final weekend of the Lilac Festival in Rochester.

The Creekside band began back in 2015 as a way to increase positivity and confidence. Music Therapist Sarah Wendl thought to incorporate a steel drum which was tucked away in storage at the time. Immediately, she noticed how much more accessible the steel drum was for students.

From there, the steel drum band took off. Their set list includes current pop hits and classics; ranging from AJR songs, to Disney soundtracks, to Michael Jackson.

The band has been invited to perform at a number of noteworthy events, including the Monroe County Executive’s Holiday Concert Series. In 2020 they were slated to perform on the mainstage of the Lilac Festival but the concert was canceled due to the pandemic.

Not deterred, the group continued practicing – adding new hits to their set list. On Friday, May 20 they got back on the main stage to perform at the Lilac Festival, delighting the crowd which was full of cheers and applause.

Band members shared in their excitement, noting how they were mostly looking forward to showing off their skills in front of their families.

Video of their performance can be found here. 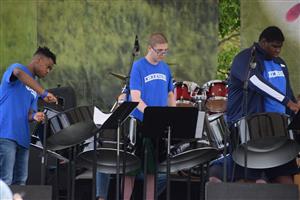 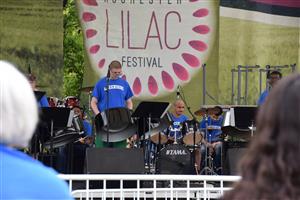 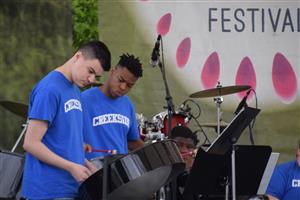