Daniel T. White is the District Superintendent at Monroe #1 BOCES in Fairport, NY. He has served in this role since January of 2009. Prior to that, Dan served as the Superintendent of Schools in the Perry Central School District from July 2005 through January 2009. He has also served as a senior high principal and as a school counselor during his career.

Dan earned his Bachelor’s Degree in 1991 at SUNY Geneseo and his Master of Science in Education at the University of Rochester in 1993. He completed his Certificate of Advanced Study in Educational Administration at SUNY Brockport in December 2002. Dan also has served as an adjunct instructor in the Educational Administration Program at SUNY Brockport and is the Chair Emeritus of the New York State District Superintendents.

Scott Covell joined Monroe #1 BOCES as Assistant Superintendent for Management Services in July 2014. Scott is a graduate of St. Lawrence University where he earned a Bachelor of Arts in Economics. He also attended SUNY Brockport where he earned a Master of Science in Educational Administration and a Certificate of Advanced Study in School Business Administration.

Assistant Superintendent for Finance and Operations

Dr. Ryan has served as Director of the Monroe-Orleans Accountability, Assessment and Reporting Services (MAARS) service since January 2010 and, as of July 1, 2015, she also oversees the Monroe Regional Information Center (RIC). Michelle is a graduate of SUNY Geneseo where she received her Bachelor’s degree in Mathematics in 1988 and her Master’s degree in Secondary Mathematics Education in 1994. Michelle went on to complete her Certificate of Advanced Study in Educational Administration at SUNY Oswego in 2001.

Michelle has spent the majority of her career working for the West Irondequoit Central School District. She taught 7th and 8th grade mathematics at Dake Junior High School for 10 years. Michelle moved into district administration, first as the K-6 Mathematics and Science Curriculum Supervisor for one year, then as the Principal of Southlawn (K-3) and Rogers (4-6) Schools for eight years.

As Assistant Superintendent, Michelle shares reporting responsibilities with Monroe One BOCES and Monroe 2-Orleans BOCES.  She also works closely with representatives from the New York State Education Department. When not at work, Michelle enjoys spending time with her husband and two children. 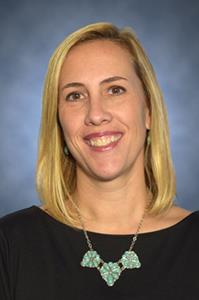 Dr. Hauber joined Monroe One BOCES as the Assistant Superintendent for Instructional Programs in July 2017. Cathy is a graduate of the University at Buffalo where she earned her Bachelor of Arts in Human Development. Cathy also attended Canisius College earning her Master of Science, Counselor Education. Cathy also attended the University of Rochester and earned a Doctorate of Education in Educational Leadership, as well as Building and District Level Administrative Certification.

Cathy has worked with districts and organizations in the region and across the state to support the development of teacher leadership models, standards-based grading approaches, strengthening school cultures, personalized learning, and collaborative leadership practices. Her career development and professional involvement includes work as President and Lead Contract Developer and Negotiator for the Marion Administrators Association; memberships in Learning Forward (The Professional Learning Association), the Association for Supervision and Curriculum Development (ASCD); and as a Board member of the Wayne-Finger Lakes Leadership Institute.

Dennis Glaser became the Director of Human Resources in February of 2020, but first joined Monroe One BOCES as an Assistant Principal at the Creekside School in August of 2007. Over the next decade, he served as the Creekside Interim Principal, the Coordinator of Student Admissions and Records Office for Monroe One and the Assistant Director of Human Resources.

Dennis began his career in education as a special education teacher at St. Joseph's Villa in 1994, before moving to a similar role with the Honeoye Falls-Lima CSD. While there, Dennis switched tenure areas to become a general education teacher on a 6th grade middle school team. While working in this capacity, he began the process of seeking his administrative certification.

Dennis has his Bachelor of Science in Education from SUNY College at Buffalo and is dually certified in Special Education and Elementary Education. He later received his Master's degree in Special Education from Nazareth College. In 2007, Dennis received his Administrative Certificates as School District Leader and School Building Leader from SUNY Brockport. He is very proud to be back at Monroe One BOCES where his early experience as a paraeducator at Creekside, working summers between his undergraduate school years, drove him to pursue this noble profession.